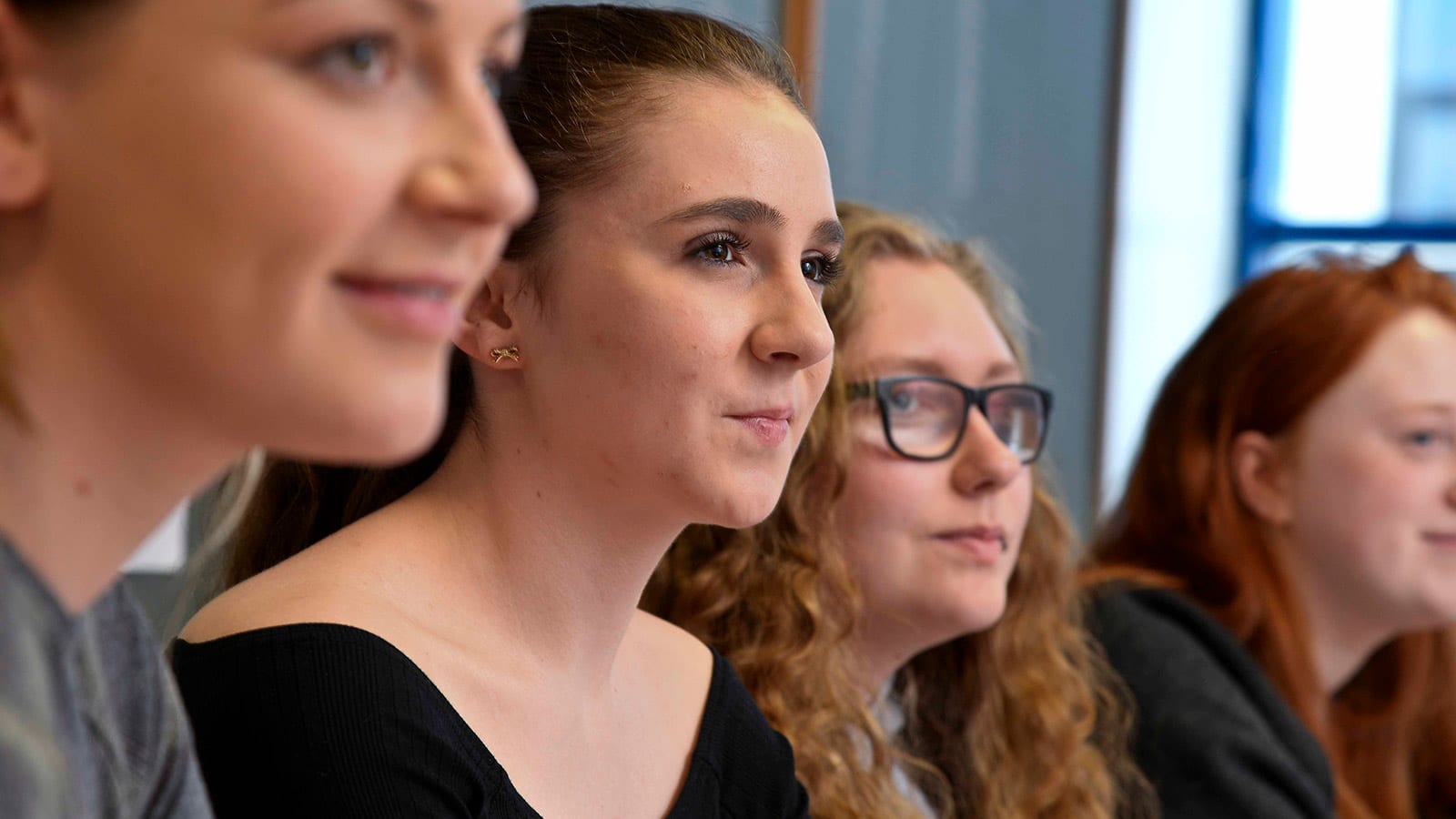 A Level German will allow you to improve your speaking, listening, writing and reading skills to an advanced level. You will also explore the society, culture and current affairs of Germany to gain a deeper appreciation of the language.

What will I learn?

You will look at the work of an author and the work of a film director, plus focus on topics such as family and relationships, youth trends, multiculturalism in Germany and German speaking countries. In addition to these topics, students will do an in-depth study of a literary work and a film.

How will the course be assessed?

You will be assessed by examinations at the end of the two-year course.

You will also be expected to carry out independent study and other personal development activities alongside your programme, such as additional workshops, an Extended Project Qualification, leisure extracurricular activities, volunteering or work experience, or part-time employment.

At NCC we’re committed to ensuring that your studies are career focused and are linked to your future goals. Develop a new skill, learn how to be a leader, volunteer for a good cause and keep fit through sport. Enhance your learning and make the most of the array of activities on offer to help you stand out from the crowd when applying for university, an Apprenticeship or a job.

You will study in modern classrooms with interactive learning technology, and will have access to up-to-date resources.

Did you know that people who study languages have some of the lowest unemployment rates in the country?

In other words, people who can speak more than one language are in very high demand by employers!

The possession of a second language often raises your basic salary considerably, making the study of  a modern foreign language very profitable. Research suggests that over 90% of careers using languages are in non-linguistic professions. Former students of German have gone on to study at some top universities, including the University of Aberdeen, Keele University, the University of Manchester, Newcastle University and the University of Oxford, reading language based subjects and other challenging degrees such as International Relations and Politics, French and German, Teaching and International Business.

Apply online or download an application form to become part of Nelson and Colne College.

Other A Level Courses

Download it as a PDF or order your printed copy below.