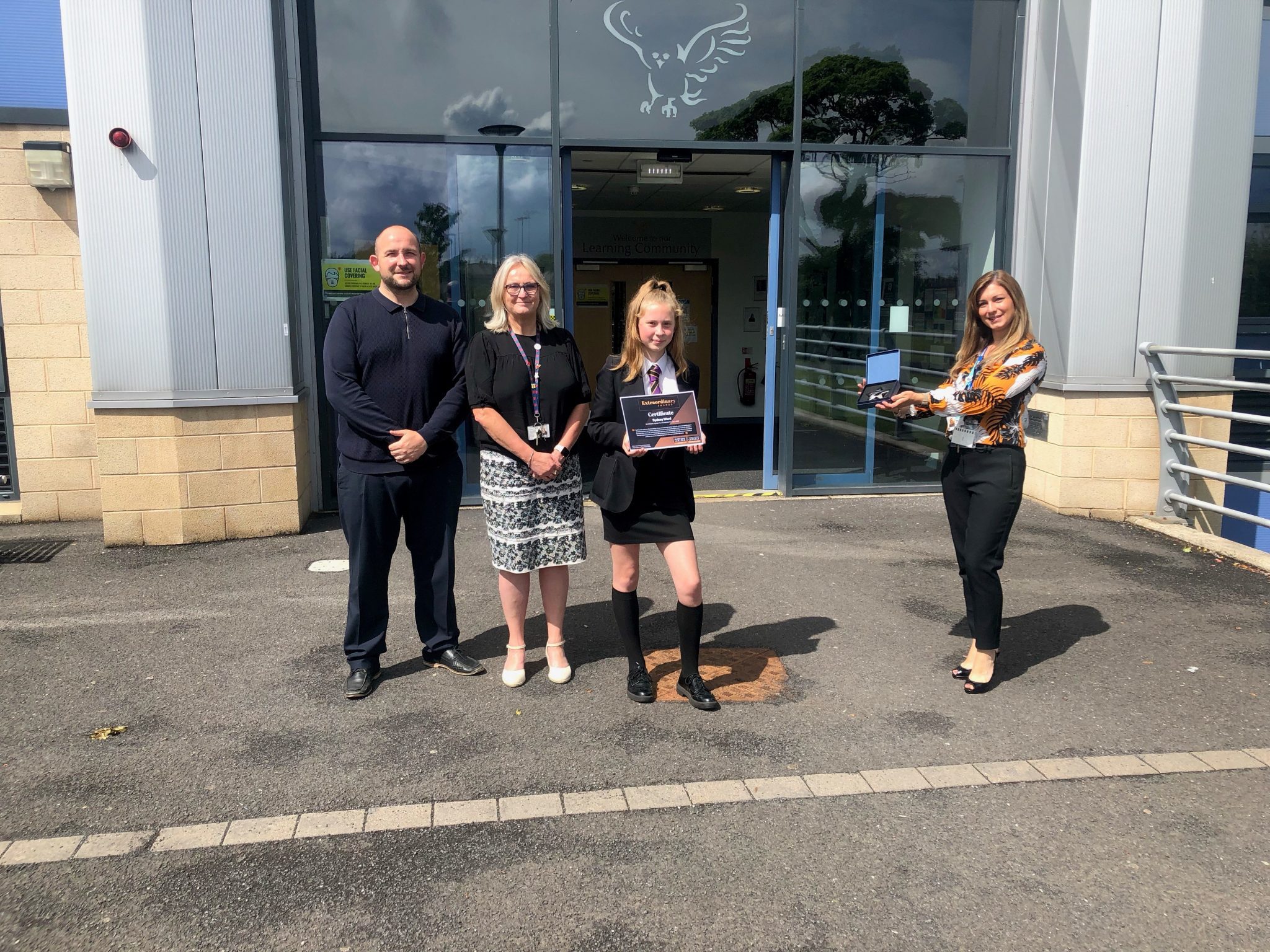 Nominations for the awards were sought by the College to recognise the achievements of students after an extraordinary academic year.

Criteria for the awards ranged from personal or academic achievement during challenging times, community or volunteering work, or for overcoming adversity.

The nomination for Year 8 pupil Sydney wowed the judging panel and ticked every box. During her academic studies this year, she has consistently completed work to a high standard and achieved 100% attendance whether online or in the classroom. Sydney even led some PE classes by recording fitness workout sessions for her classmates to take part in.

Outside of class, her selflessness in supporting extracurricular activities at Marsden Heights in Netball, Drama and Art Club were recognised. Her involvement in the Eco-Geekos outside of school, considering environmental issues in the community, and her contribution to the ‘Over the Hill’ project with Pendle-based arts organisation In Situ were also noted.

While supporting friends through grief after the tragic loss of a close school friend, Sydney has also taken the lead in the last 12 months on persuading a local company to produce and donate a bench to commemorate her friend’s life.

Melanie Wright, School Liaison Team Leader at Nelson and Colne College, said: “When we decided to launch the Extraordinary Awards, we were seeking the nominations of extraordinary young people and Sydney is exactly that.

“Her nomination had everything, and reading what she has achieved at school, how she has supported peers, and her involvement in community projects is very inspiring. We are delighted to present her with her trophy and certificate.”

Adam Dawes, Year 8 Progress Lead at Marsden Heights Community College, said: “Sydney, to me, is the epitome of extraordinary. She always goes above and beyond in everything she does, whether in her schoolwork, virtual home learning or extracurricular activities.

“Sydney is also someone who always finds time to give back. She takes an active role in the school’s extracurricular activities and in community projects. She does so with the utmost care and attention, without any arrogance or fuss, or any expectation of recognition for her efforts. Sydney is an extraordinary student and I’m thrilled she has won an Extraordinary Award.”

Nelson and Colne College is the number one college in the country for students satisfaction, and is one of the leading colleges nationally across a range of academic measures.

To find out more information about studying at Nelson and Colne College, visit www.nelson.ac.uk. Applications can be completed online, or by contacting the Admissions Team at admissions@nelsongroup.ac.uk or on 01282 440272.