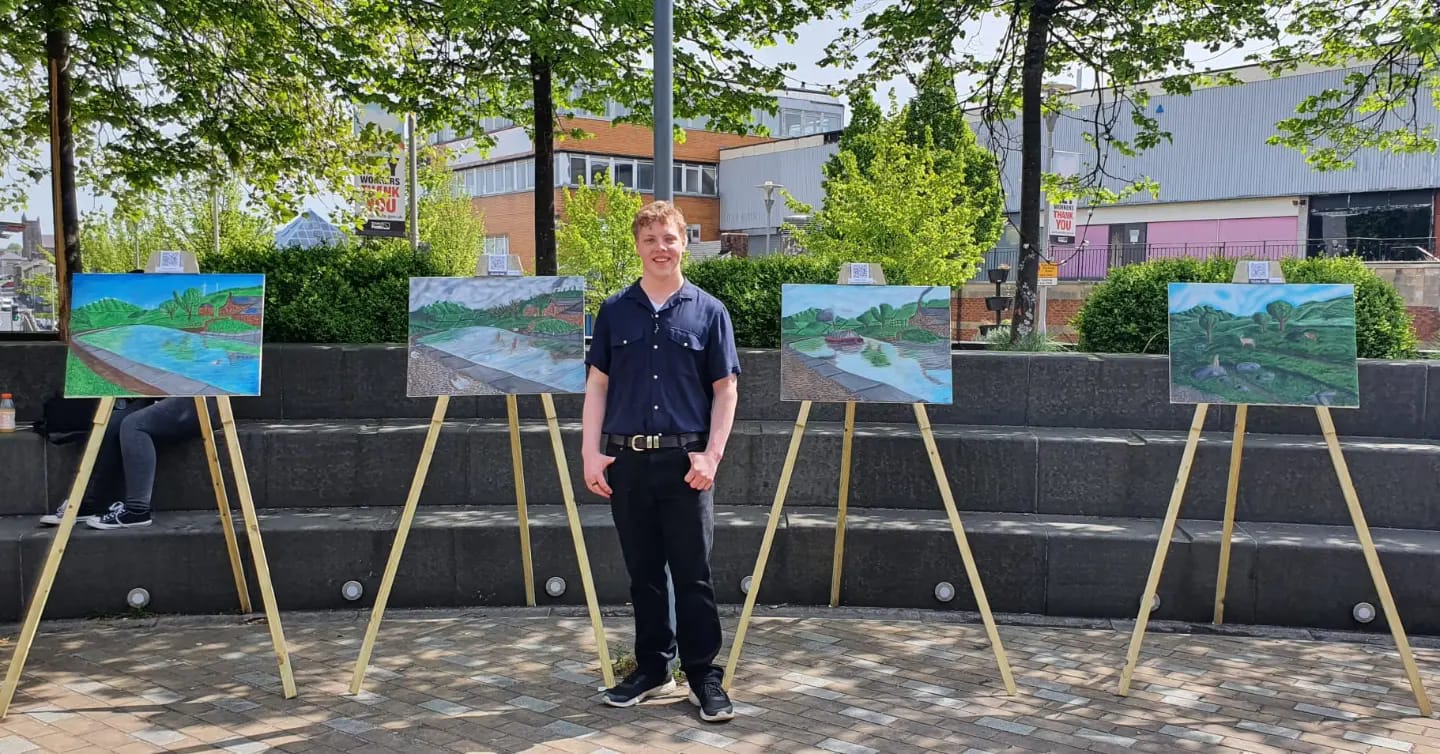 Setting up four easels and a tree shredder in front of the Shuttle sculpture in the town centre, the 19-year-old Nelson and Colne College student then took to the microphone to explain what he was doing to the gathering crowd.

He said: “These four original oil paintings have been wrapped up to be destroyed. I’m going to put each of the paintings through the shredder and they will be completely and utterly obliterated forever.

“The remains of the paintings will then be added into an epoxy resin to create an entirely new piece of artwork; a sculpture-like piece which will be visible from any angle.

“These four pieces took 4 months to create, so I’m sad to see them go through the chipper, but it’s all for a good cause.”

James is auctioning off digital prints of the original paintings and donating the earnings to the charity Team Trees.

The project came about after James and fellow students were asked to reimagine Nelson through their art.

James said of the event: “It really went incredibly well and drew quite a crowd of people on the day.

“My hope is that it has raised awareness about the importance of taking care of our environment and encourages individuals to make changes to their daily lives.”

As well as having a physical crowd, James live-streamed the destruction of his art on YouTube to bring in a larger audience.

To support his project, he had also written and published a book called “Time To Make The Change” which focuses on teaching people how they can make a change to help the environment and future generations, as well as how they can save money doing so.

He said: “It teaches people that they don’t just need to rely on large companies and countries to make a change.”

The reimagined art piece with all the chips and shreds of the original paintings will be unveiled on the opening night of the college’s art exhibition on June 14th. 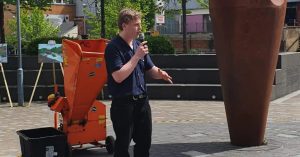 The video link to James’ live event can be found here