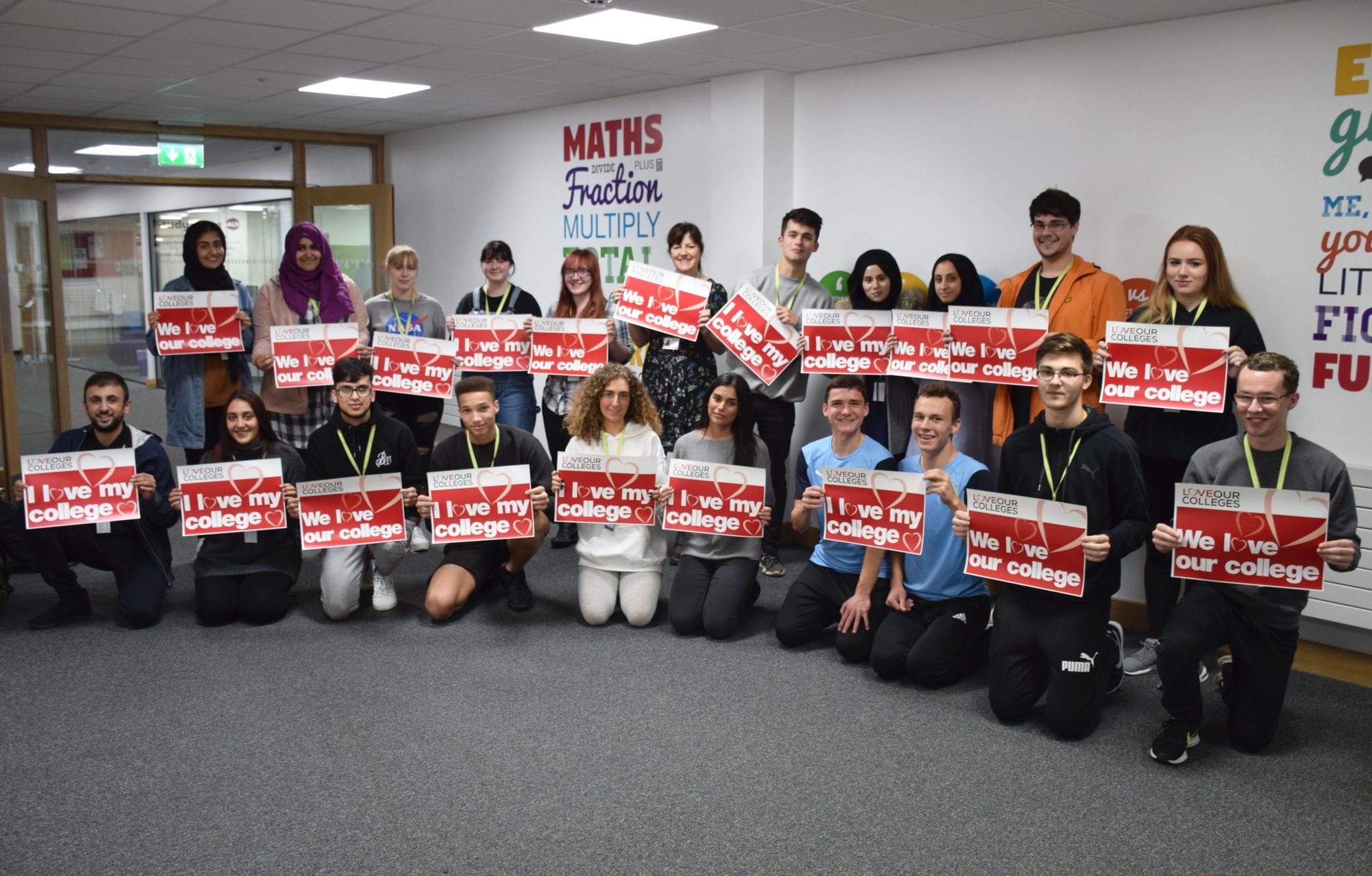 Nelson and Colne College recently took part in Colleges Week as the part of the ‘Love Our Colleges’ campaign launched by the Association of Colleges (AoC) in partnership with UCU, Unison, NEU, GMB, ASCL, TUC and NUS.

This campaign is calling for longer-term funding in Further Education, to give colleges better funding and fair pay to ensure they can continue to fulfil a crucial role in the education system and provide the high quality skills provision our country needs.

During the week, staff, students, stakeholders and members of the community in Pendle were encouraged to sign the national petition urging the government, ahead of the Chancellor’s Autumn Statement, to increase funding to sustainable levels.

NCC, along with hundreds of others across the country, has had to contend with an average of 30% cut to funding over the last decade, however, there was no new announcement on change in Chancellor Philip Hammond’s key speech last month.

Following the start of the ‘Love Our Colleges’ campaign and the Autumn Statement, Ofsted’s Chief Inspector has written to the Public Accounts Committee calling for an increase in funding for 16 to 18-year-olds and the AoC has outlined three points on which the government could and should act now.

These include a ring-fenced grant for a pay rise for college staff, as has happened with schools; the extension of the £400m capital funding for schools this year to include colleges; and to extend the protection of the budget from the age of 16 up to 18, given that education is compulsory until the age of 18.

Amanda Melton said: “Our aim is to ensure that all our students are properly equipped with the skills needed to make a difference in whatever discipline they choose.

“It is a shame that the Chancellor’s budget did not acknowledge the big contribution Further Education makes to society and this needs to be urgently addressed if we are to have the successful economy we need post-Brexit.”

David Hughes, Chief Executive of the Association of Colleges, said: “The recent budget by the Chancellor of the Exchequer did nothing to address the big challenges ahead.

“We are entering a period where we will soon be leaving the European Union but not once did the Chancellor mention colleges in his speech, despite them being critical to delivering the skills the country so sorely needs.

“Despite educating 2.2 million people daily, including more than 600,000 16 to 18-year-olds, the constant feeling is one of neglect and this needs to change if we want to have a highly-skilled workforce of the future.”

The petition to increase Further Education funding to sustainable levels can be signed here: https://petition.parliament.uk/petitions/229744

Nelson and Colne College has been rated as Outstanding by Ofsted since 2005 and in its 2017/18 results, NCC achieved a 99% pass rate at A Level and a 99.6% pass rate in advanced vocational courses.

For more information on NCC visit www.nelson.ac.uk or contact the Admissions Team on 01282 440272.