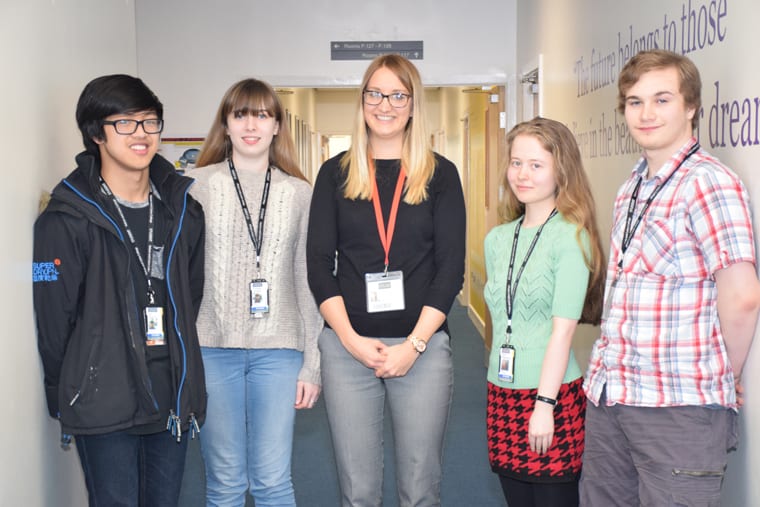 Exceptional students have earned themselves a place on an exciting course to help them through the competitive process of applying for the country’s top universities.

The Oxbridge gifted and talented programme has officially launched at Nelson and Colne College, with a presentation from the University of Oxford’s Schools Liaison and Outreach Officer Harriet Rudden and a series of engaging workshops about the admissions process.

Thirty-two students, who were nominated by their teachers, were in attendance at the event, where they were told more about the benefits of the programme. These include:

Curriculum leader for A Levels Helen Marks said: “It was fantastic to see our students attending and engaging with the launch event, most of them with their parents.

“Oxford and Cambridge admissions are among the most competitive in the world, and even the brightest applicants need the skills to demonstrate their full academic potential.

“The universities are looking for evidence of an interesting and curious mind that can adapt to meet new academic challenges.  Nelson and Colne College has an excellent track record of supporting students progressing to the most competitive universities, and in the current academic year, students were successful in receiving offers from both Oxford and Cambridge.”

The launch event followed a successful trip to The Queen’s College, Oxford, where five NCC students benefitted from a residential course focusing on the Physical Sciences. Throughout the week, students were introduced to the more independent, self-driven style of learning that forms the backbone of study at top universities across the country, and were given a taster of the Physical Sciences with sessions in Physics, Material Science, Chemistry, Mathematics and Computer Science.

Former Colne Park High School student Joshua Foulds, 17, who is studying Maths, Further Maths, Chemistry and Physics at NCC, said: “I want to go to Oxbridge or a Russell Group University, and the programme is helping me to see how I should approach applying to universities like Oxford, which have very high standards. I really enjoyed the trip to Oxford, where I was also able to talk to some of the students studying there.”

For more information about studying at Nelson and Colne College visit contact 01282 440272.