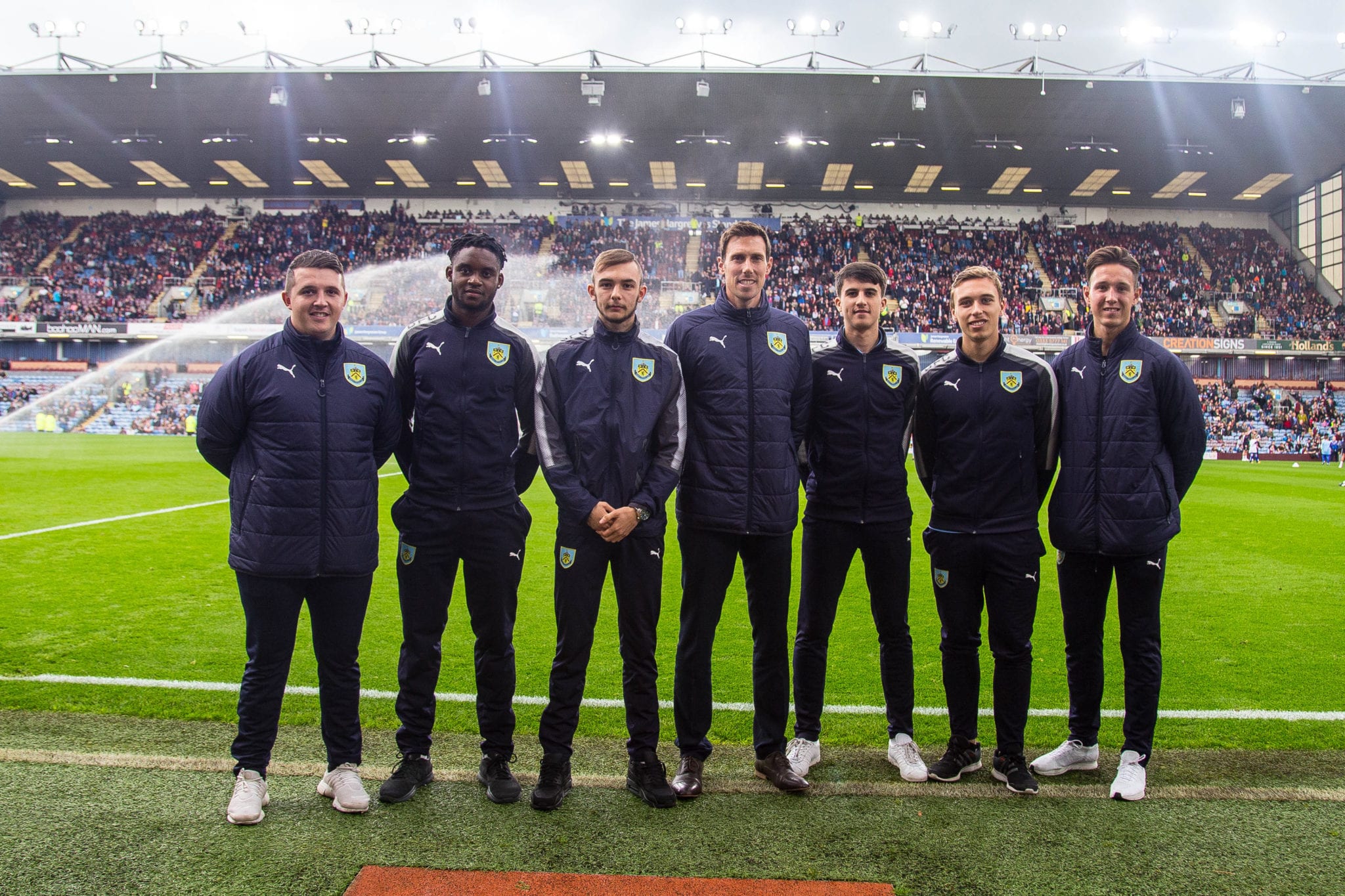 The Burnley FC Shadow Youth Team continues to go from strength to strength as four squad players have recently been selected to represent the Lancashire Schools FA.

Forty of the best players within Lancashire’s schools and colleges were nominated to attend the Lancashire Schools FA trials, with the Shadow Youth Team’s Mason Brewer, Ridwan Sanni, Henry Bunting-Jones and Connor Lucas all successfully making the 20-man squad.

The Shadow Youth Team is a programme that offers talented young players (aged 16-18) the chance to combine academic studies with practical and professional football experience in a programme delivered in partnership with Nelson and Colne College and Burnley FC in the Community.

The Lancashire Schools FA representative side will now go on to play fixtures against the Greater Manchester, West Yorkshire, Merseyside and Academies such as Fleetwood and Blackpool FC.

To add to the great news of their inclusion into the Lancashire Schools FA side, forward Connor Lucas and Goalkeeper Henry Bunting-Jones have also been shortlisted to attend the England Schoolboy trials at the end of October.

Burnley FC in the Community Shadow Youth Team Head Coach, Chris Andrews said: “We are really proud of the players’ achievements in making the cut for the Lancashire Schools FA representative team. It will give them all another opportunity to show off their talents and will help them with their overall player development.

“It is the first time that we have nominated players for the squad so to have four players involved straight away is fantastic. It is even better to have Connor and Henry being selected for the England Schoolboy trials – we wish them the best of luck!”

Sixteen qualified fitness instructors and 27 newly qualified FA Level 1 coaches were also created through the Shadow Youth Team in 2016/17, with one student Harry Pate gaining a job as a Disability Development Coach at Burnley FC in the Community, and others progressing on to university or employment.

Nelson and Colne College’s next Year 11 Open Event will be held on Monday 13th November, between 5.30pm and 7.30pm.