10 Questions with Mohamad Al Shaar. The student whose escape from war-torn Syria led him straight to Oxford University

Five years ago, Mohamad Al Shaar spoke no English and was living in Lebanon after escaping the war in Syria. Six years earlier he and his family had been forced to evacuate their homeland after civil war broke out making it no longer safe to live in the family home in which Mohamad was raised.

Fast forward to now, and Mohamad is a polite, well-spoken young citizen, who achieved Nelson and Colne College’s Student of the Year award at September’s Outstanding Achievement Award event, as well as sealing his dream place at Oxford University, reading Mathematics.

According to his teachers, his Student of the Year accolade was not solely based on his successful A Level results, which were an incredibly impressive A*, A*, A in Maths, Further Maths and Physics respectively. Mohamad also went above and beyond, being incredibly generous with his time during his studies. He was an asset to the student body, tutoring and peer monitoring several fellow students through their A Level Maths; and did all of this whilst overcoming personal adversity and hardship.

We caught up with Mohamad to discuss his past, his journey at NCC, his position at Oxford and his future aspirations. Read on to find out more about his inspiring story. 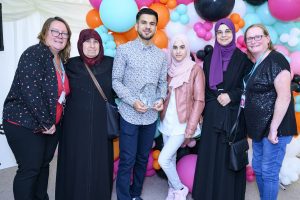 When did you move to this country and what brought you here?

How much English did you speak when you first moved here and how have you learned it so well?

When I first moved here I spoke absolutely no English. I used to attend extra English classes in year 9 where we started with basic phonics, pronouncing out the individual letters and sounds, until I could finally form words and eventually sentences. What helped the most was having English-speaking friends which forced me to learn faster.

How long have you had a skill/passion for maths?

I was immediately drawn to Maths after moving here. There wasn’t the language barrier that you find with other subjects. Numbers are a universal language that can make sense to anyone. I only just achieved passes in most of my subjects at GCSE but achieved the highest grade of a 9 in Maths. I’ve loved it ever since.

When did you first aspire to go to Oxford University and did it seem like an achievable goal back then?

My desire to attend Oxford University was a goal that I realised during my first year at College. My maths tutor, Paula Jackson, picked up on my potential as I was consistently working at an A* level. Paula was the one who eventually inspired me, giving me the confidence to apply to Oxford.

To be honest, I didn’t think I stood a chance due to my lower GCSE grades: they were only just high enough to get me into College. Nelson and Colne College took a chance on me though because of my high maths grade.

How much sacrifice does it take to achieve what you have?

Honestly, I wouldn’t say I had too many sacrifices. You don’t have to give up too much so long as you have good time management. Most of my workload would be completed in College, where you can sometimes find yourself with enough ‘free time’ to catch up which often left me with little work to do at home.

I would strongly recommend taking this approach to College work. If you dedicate your College time to work as it should be, then your free time can always be just that – free.

I also taught maths up to A level outside of the College too. This really helped cement my understanding of complex equations and problem-solving. You have to understand the theories really well to be able to teach them, so that is exactly what I did.

What are your hobbies and interests outside of mathematics?

I do actually have a lot of interests besides maths. I love football, both watching and playing at the weekend. I like to keep myself active by attending the gym and when I want to relax I enjoy playing video games. I’d say my weirdest hobby is speedcubing, the solving of a Rubik’s Cube as fast as possible. Contrary to what you might think, you don’t actually have to be a maths genius to do it either!

Describe the application process for Oxford?

Firstly, I had to take the Oxford University Entrance Exam. If you pass the exam and your personal statement is strong enough then you will be invited in for an interview; I wasn’t invited. At that point, my aspirations for attending Oxford had subsided and I focused on applying to other universities.

After a while, the Oxford dream was revived when I was informed about a new Oxford programme, the Astrophoria Foundation Year. This allows high achieving students who may come from disadvantaged backgrounds, or have hardships that disrupt their studies somehow, to earn a scholarship foundation year at Oxford before being enrolled on to a full degree course.

I reapplied and waited a very long time for an interview but was eventually accepted, which was great!

What do you aspire to do after University?

After University, I want to go back to University – as a researcher in mathematics. At the end of the day who doesn’t like more maths?

How has NCC helped you realise your dreams?

The College has actually been a massive supporter of me, both in my studies and in my quest to attend Oxford University. Paula was the one who encouraged me to apply and supported me throughout that process, as did the Scholars’ tutor: Victoria. My Maths tutor: Jo Turner, really helped me with the entrance exam and personal statement. When I had to prepare for the interview, the Head of A Levels gave up her office for me to practise in.

Finally, do you have a message for anyone reading this who is inspired by your story and is wondering if they have what it takes to achieve what you have?

Everyone has got what it takes to achieve what they set their minds to, it’s just about putting in the effort, working hard and going the extra mile. You will inevitably experience setbacks but you can’t let them deter you from achieving what you want out of life. 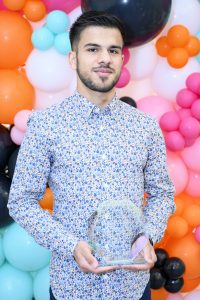 Mohamad was a part of the Scholars’ Programme here at NCC, which largely assisted in his application to Oxford University and the fruition of his academic prowess.

The Scholars’ Programme is a unique initiative aiming to develop key skills within high-achieving A Level students in order to enhance their applications to competitive universities.

Students have already benefited from the raised confidence and intellectual fortitude that has resulted from their time in the Scholars’ Programme and, as such, have found themselves at some of the best universities in the country, including Oxford and Cambridge.

The programme aims to identify students who show real potential and get the best out of them, whether that be academic or otherwise. The College saw genuine promise in Mohamad, despite his lower grades at high school, thus placing him in the Scholars’ Programme and raising him up to the level of an Oxford Mathematician!

If you have been inspired by Mohamad’s story, would like to learn more about the Scholars’ Programme, or just want more information on Nelson and Colne College, don’t hesitate to get in touch with our admissions team on: 01282 440272 or email admissions@nelsongroup.ac.uk.