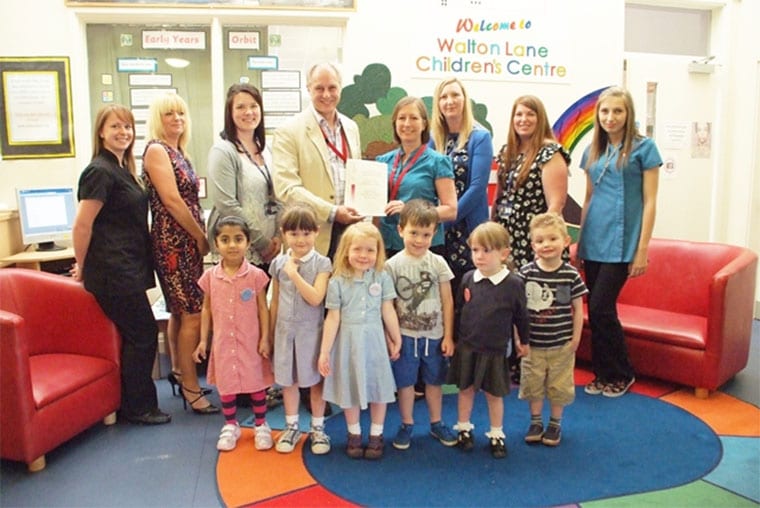 Local nursery and Children’s Centre, Walton Lane, who the College works with to supply apprenticeship training, is celebrating after it was named as runner up in the category of Apprentice Employer of the Year 2014 by Council for Awards in Care, Health and Education (CACHE) in their inaugural awards.

Local apprenticeship and training providers Nelson and Colne College nominated Walton Lane Nursery and Children’s Centre for the award. The College works with numerous employers large and small and was particularly impressed with Walton Lane.

Deborah Howard, Work-based Learning Manager at Nelson and Colne College said, “We are thrilled for Walton Lane Nursery and Children’s Centre and their success in being named as a runner up in CACHE’s inaugural Apprenticeship Awards. These are national awards with businesses all over the country being nominated based on their excellent engagement with Apprenticeships. As a College, we are lucky to work with some brilliant local companies and we decided to nominate Walton Lane for this award based on the hard work, support and flexibility they have with their apprentices. They offer an outstanding learning environment and give the apprentices a wide range of different experiences. They also offer extensive in-house training which supports their qualifications. They show true dedication to apprenticeships, supporting many learners through the scheme in partnership with the College. Well done Walton Lane!”