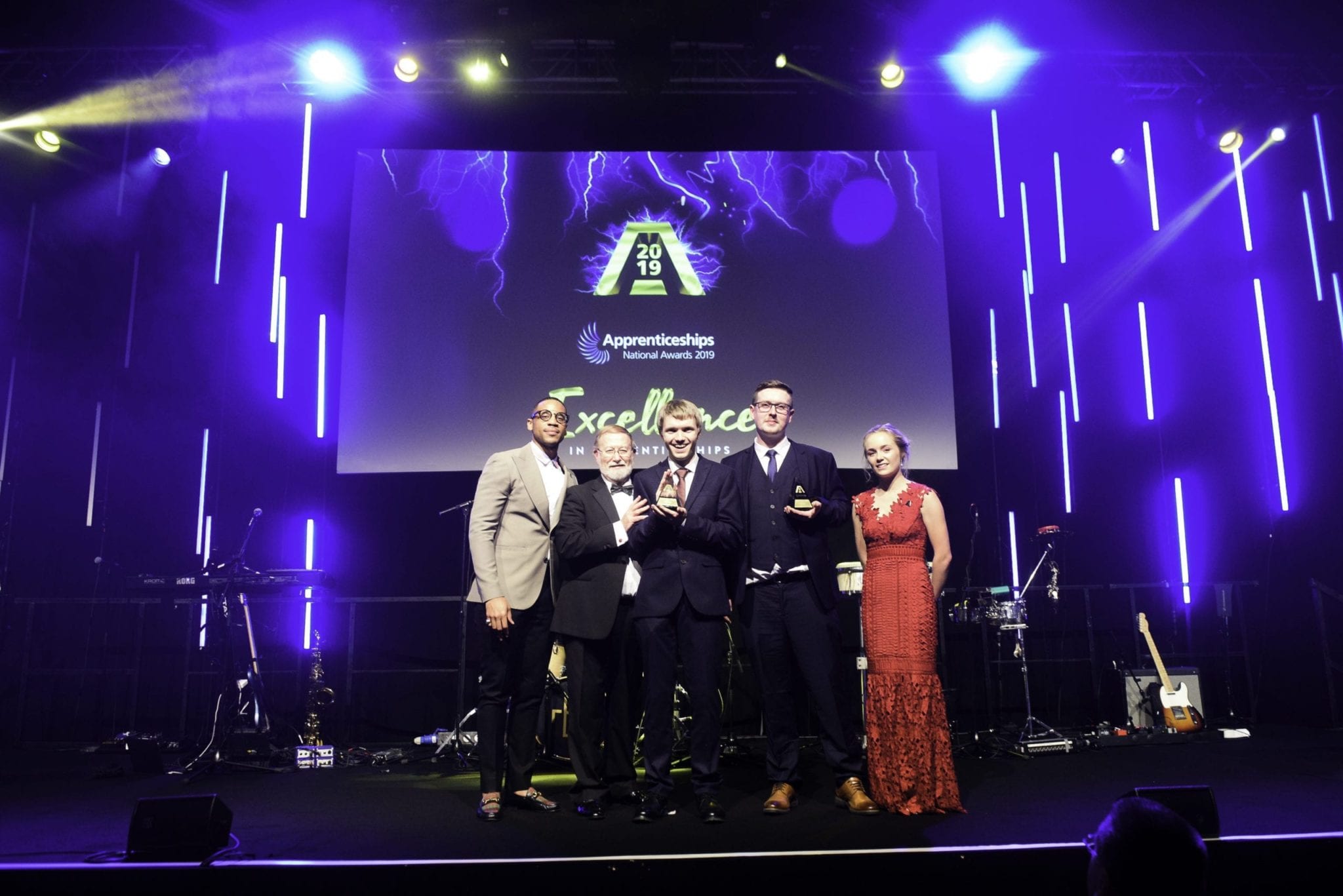 A Nelson and Colne College Engineering Apprentice ace has been Highly Commended in the National Apprenticeship Awards Final held in London.

Michal Halamicek, 30, who is Quality Controller at Barrowford lighting specialists acdc, added the national accolade after being named a North West regional winner in September.

During his time as Quality Controller, Michal has made a significant difference to the performance of acdc. He has introduced a new purpose built inspection room which has significantly reduced the number of defective products leaving the factory to an all-time low in 2019. On the company’s most popular product line, for example, the average improvement is between 50% and 66%.

New soldering irons which melt solder at a lower temperature and provide a better connection have also been introduced by Michal and the company has had zero returned products from customers due to soldering defects in 2019.

Michal said: “I’m absolutely blown away with this accolade. I was delighted to win the regional award and to be effectively second nationally against very strong competition is a great feeling. I’m very proud.

“I would not have been able to achieve this without the support from my colleagues at acdc and from Nelson and Colne College. I’m extremely grateful as I never thought anything like this would happen when I began my Apprenticeship.”