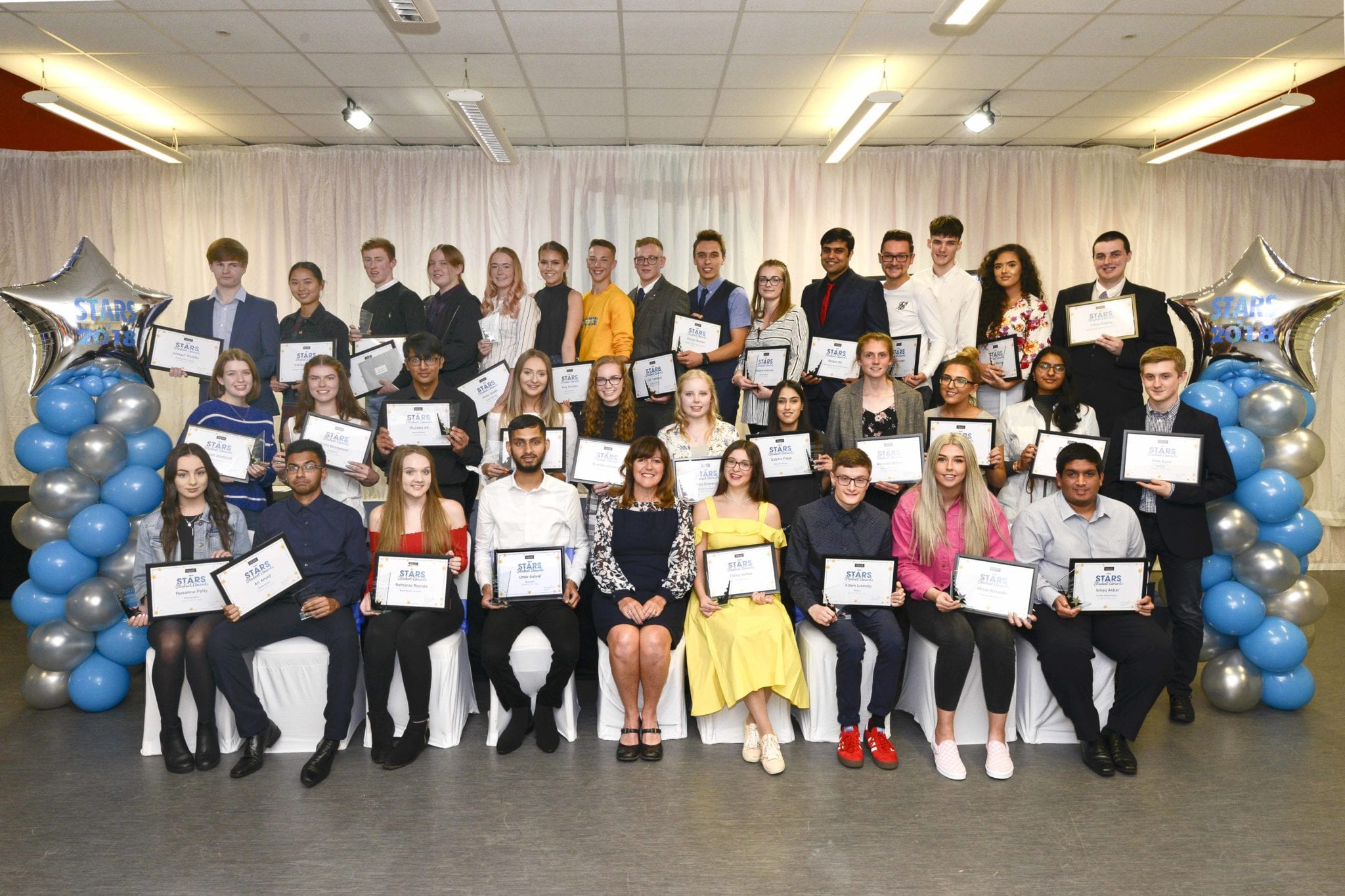 An electric atmosphere of anticipation and excitement, flashbulbs of photographers’ cameras and students dressed to impress – the Nelson and Colne College 2018 Star Awards was an occasion to remember.

The awards night is held to celebrate the outstanding achievements of A Level and vocational students, as well as Apprentices, and they were joined by family, friends, college staff and VIPs and dignitaries.

Guests enjoyed the red carpet experience, complete with bubbles and canapés, and for students it was chance to say a final goodbye as they prepare to head off to university or into Apprenticeship or job opportunities.

Individual subject awards were handed out for students who have been top performers throughout their time at NCC, while a series of special awards were also presented to those who exceeded their potential under the college’s stewardship, have achieved exceptional grades and gained first class university places, or have overcome adversity to attain achievements that were not thought possible.

The Robert Fort Prize, handed out to the highest achieving student, this year went to Nabeeah Ahmed for her A*A*AA grades in her Mathematics, Psychology, Biology and Chemistry A Levels. She also produced a pictorial EPQ on the effect of war on children in her time at NCC, has completed work experience at both Blackburn and Airedale Hospitals, and has actively secured volunteer work related to her studies and mentored students.

Former Pendle Vale College student Nabeeah, 18, who is progressing to Imperial College London to study Medicine, said: “I really didn’t expect this! I’ve always wanted to be a doctor and I’m really looking forward to the next challenge of Medicine at university.

“I’ve had a great time at college – my teachers have been very supportive of me and have always found the time to help. The opportunities I have had have been good too. I particularly enjoyed the EPQ as I it was a chance for me to bring in my passion for Art, something I wouldn’t have been able to do in my subjects.”

A great example of where NCC has added value to a student is Samuel Cowell, who won the Gold Award for vocational studies, and the vocational Science prize on the night.

Samuel studied Level 2 and then Level 3 Science (Forensic) at NCC, and based on his GCSE results was predicted to achieve Distinction, Distinction, Merit. However, he has left NCC with Triple Distinction* and is progressing on to Aberystwyth University to study Microbiology, also qualifying for a scholarship. The university were also so impressed with him at interview, they have offered him a job in the laboratories during holiday periods.

Former Park High School student Samuel, 19, said: “I really can’t believe it to be honest. I have had an amazing time at NCC – making new friends and having the chance to learn something I really enjoy has been the best. It is a great college and I want to take this opportunity to thank the teachers who are so helpful.”

Thomas Marchant, 19, of Pendle Engineering, collected an Apprentice of the Year prize and the Gold Award for Work Based Learning, for the progress he has made and his role as Apprentice Representative at the company.

The former St Christopher’s CE High School student said: “It’s a fantastic feeling to be recognised for your achievements. I like to be practical and the Apprenticeship route was definitely right for me. The support I have had from the company and the college has been great – they are not content for passes, they push you that bit harder for distinctions because they see that you can achieve it.”

Principal Amanda Melton said: “I would like to extend my congratulations to all of the students who have collected awards – they truly are richly deserved. You are a credit to Nelson and Colne College, we are extremely proud of you and I’m sure your family and friends are equally proud of your exceptional achievements.”

For more information on NCC visit www.nelson.ac.uk or contact the Admissions Team on 01282 440272.