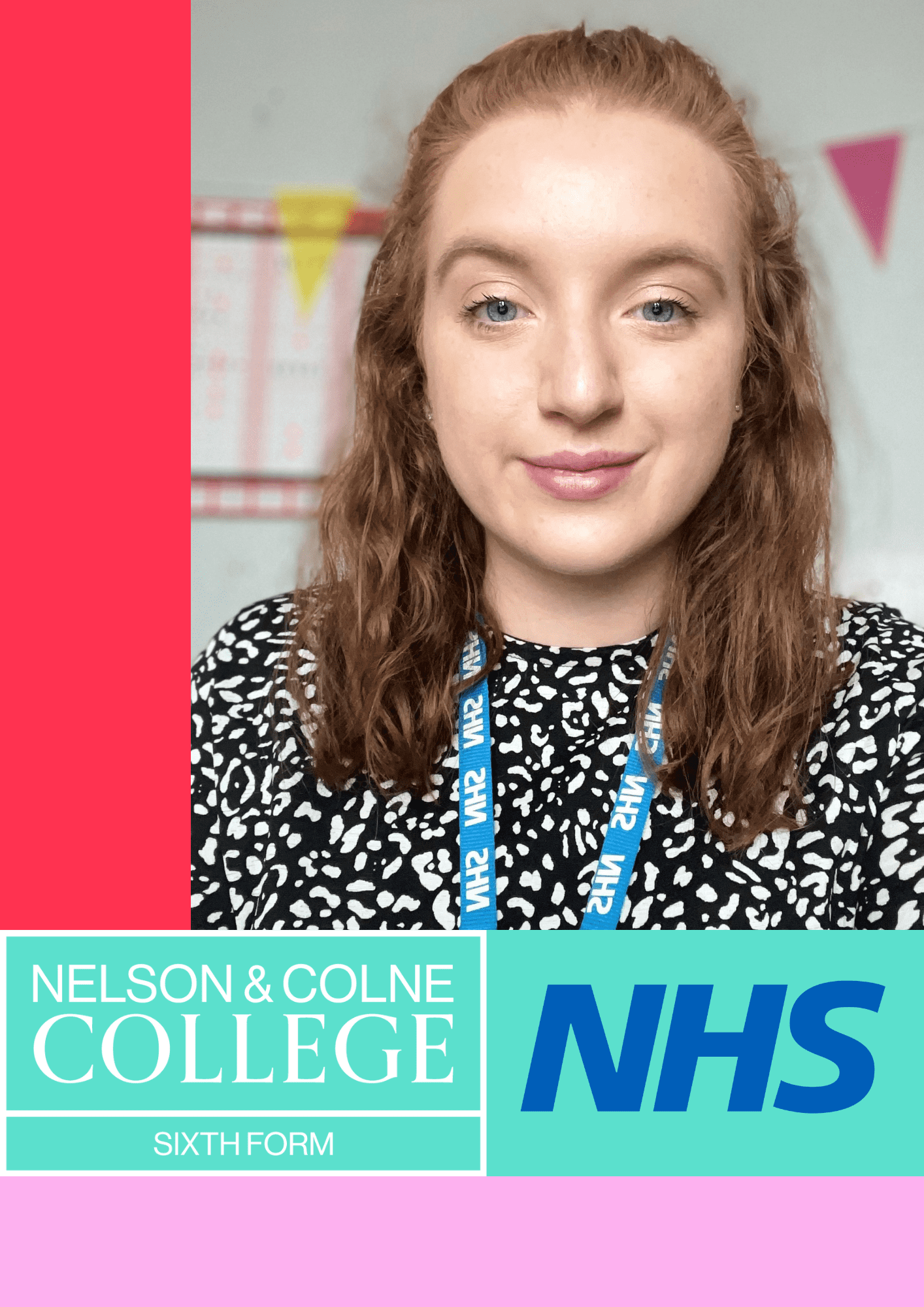 Link is down below, to vote for Ellie-Jo!

An outstanding former Nelson and Colne College A Level student, Ellie-Jo Parkinson, has been nominated for a prestigious award with the NHS.

The People’s Choice Award is a national award recognising exceptional NHS staff who go above and beyond to support their patient’s needs. Nominations for this award come directly from patients or members of the public who believe the recipient to be an outstanding contribution to public health services.

The NHS write-up on Ellie-Jo, outlining all the wonderful things she has done in order to earn her nomination, is as follows:

Ellie-Jo Parkinson is a Homeless Healthcare Practitioner who works in the Integrated Neighbourhood Team in Pennine Lancashire.

You only have to speak to Ellie-Jo to understand why she was nominated as her passion for helping the homeless – almost 500 people in fact – shines through to anyone who encounters her in her role and indeed, her day-to-day life.

As the only dedicated Homeless Healthcare Practitioner across the Trust, she has seen the harsh reality of poverty, addiction and homelessness, and felt compelled to help and represent those in shelters, hostels and trying to find somewhere to call home with their mental and physical health issues.

In practice, she carries out holistic healthcare assessments on the homeless, getting to the heart of what matters to the individual on their journey to recovery. She has gone above this by asking charities and other departments to donate socks, toothbrushes, toothpaste and mouthwash to be given to homeless people, so they have something to help them stay warm and maintain their dental health, which she acknowledges has an impact on people’s self-esteem.

She also represents the homeless on various Trust groups and has contributed to the Trust policy and NICE guidelines linked to this vulnerable group, advocating for them in any way she can.

She always finds the time to help, is a great listener and acknowledges that just by speaking to a service user and really listening to their story, she can change their day and assist them in changing their life for the better.

A trained occupational therapist by background, Ellie-Jo is particularly proud of a veteran she helped who had an undiagnosed learning disability. She was able to assist in securing him accommodation near to his family, which was incredibly important to him. He is now feeling happy, settled and is involved in a veteran community group.

When Ellie-Jo found out about this award nomination she said:

“I am honoured to have been nominated for this award, and am pleased it is highlighting the work that we do as a trust to help and support the homeless.

“The news came during an especially tough time for me personally having just suffered the loss of my beloved grandma, however, I know she would have been really proud of me.”

On behalf of the entire college group, we are immensely proud of Ellie-Jo and would appreciate the support of the entire Nelson and Colne College Group community, whether that be students, parents, staff or alumni.

The People’s Choice Award is just that, and is voted for by members of the public. To vote for Ellie-Jo, simply follow the link below and click Ellie-Jo Parkinson. The closing date for voting is this Wednesday the 28th September, so head over and vote now to avoid disappointment.