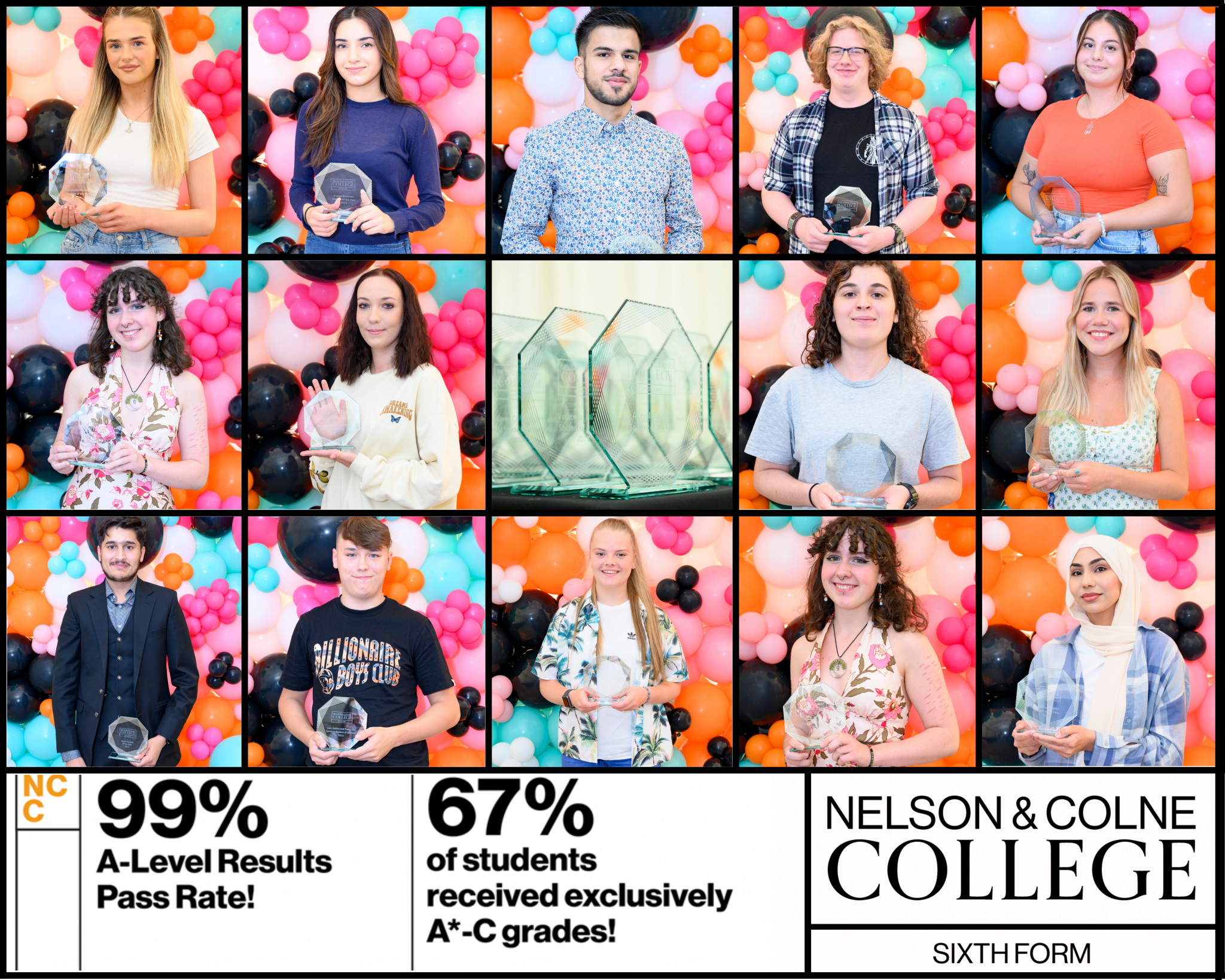 Students, parents and teachers welcome the return of the Outstanding Achievement awards ceremony after a three-year hiatus due to COVID-19

This year saw the ceremony return in style, with the venue upgraded to a beautifully decorated marquee, reflecting the incredible achievements of these young people.

Twenty of the Pendle-based college’s finest were recognised and rewarded for their hard work and determination over the last two years, with awards covering A Level, T Level and Advanced Vocational Students.

Oliver received £1000 in conjunction with the Robert Fort Prize, not only for his incredibly impressive grades (A*, A, A in Computer Science, Further Maths and Physics respectively) but also for his progress, character and his contribution to college life.

He also credited the teaching staff at Nelson and Colne College for their support during his two years there.

“All my teachers were great. My maths tutors were nothing but supportive and have always been brilliant. My physics teacher managed to find new and creative ways to help us learn our physics equations and my computer science teacher is the best I’ve ever had!”

Abigail Fraser (18; formerly a pupil at Park High School, Colne) took home two awards that night, both the Student of the Year for Humanities and the Barbara Anne Memorial Prize – an award of which she was particularly envious.

Abigail said; “I’m thrilled! It was my ambition to win the Barbara Anne award when I left college. When I came to the ceremony three years ago to see my brother collect an award I saw the Barbara Anne prize being presented and I thought to myself ‘I want to win that’, and I did!”

The Barbara Anne award is a special memorial prize awarded to the highest achieving English literature student, and was created by the parents of Barbara Anne, an ex-student at Nelson and Colne College who had a great love for literature before unfortunately passing away shortly after completing her A Level studies.

The Student of the Year Award was presented to Mohamad Al Shaar (18; formerly a pupil at Marsden Heights Community College), whose story is particularly inspiring. Mohamed arrived in the UK five years ago as a Syrian refugee. According to his teachers, from day one he has been passionate about mathematics and has never wavered from his dream of studying at Oxford University.

“He was extremely generous with his time, supporting other students in his class and tirelessly peer mentoring several students through their A Level Maths” commented his Maths tutor, Paula Jackson.

Mohamad has realised his dream of studying at Oxford and will begin his studies there next month reading Mathematics.

Awards for Advanced Vocational were presented in subjects such as Education and Childcare, Health and Social Care and Hairdressing and Beauty with exceptional students across each subject being the worthy recipients.

T Levels students also received recognition on Thursday night, as the T Level Student of the Year Award was given for the very first time in the long-running history of the ceremony. The recipient, Akmal Hussain (18; formerly a pupil at Ss John Fisher and Thomas More RC High School; Digital Production, Design and Development) has been commended by both his teachers in the College and his employers out in the field for his work ethic and rapid progression.

Overall the night was a huge success. Centre Principal of Nelson and Colne College, Fionnuala Swann, commented that it was an “absolutely brilliant evening”.

She said; “what really stood out was what absolute belief the teachers have in their students and how proud of them they are. It really was wonderful to see and we wish all the winners all the very best for their future endeavours.

“We can’t wait to welcome them back to Nelson and Colne College in the future.”

If you are inspired by the achievements of these young students and aspire to pick up your own award one day then don’t hesitate to get in touch with the admissions team at Nelson and Colne College, and find the courses that are right for you.