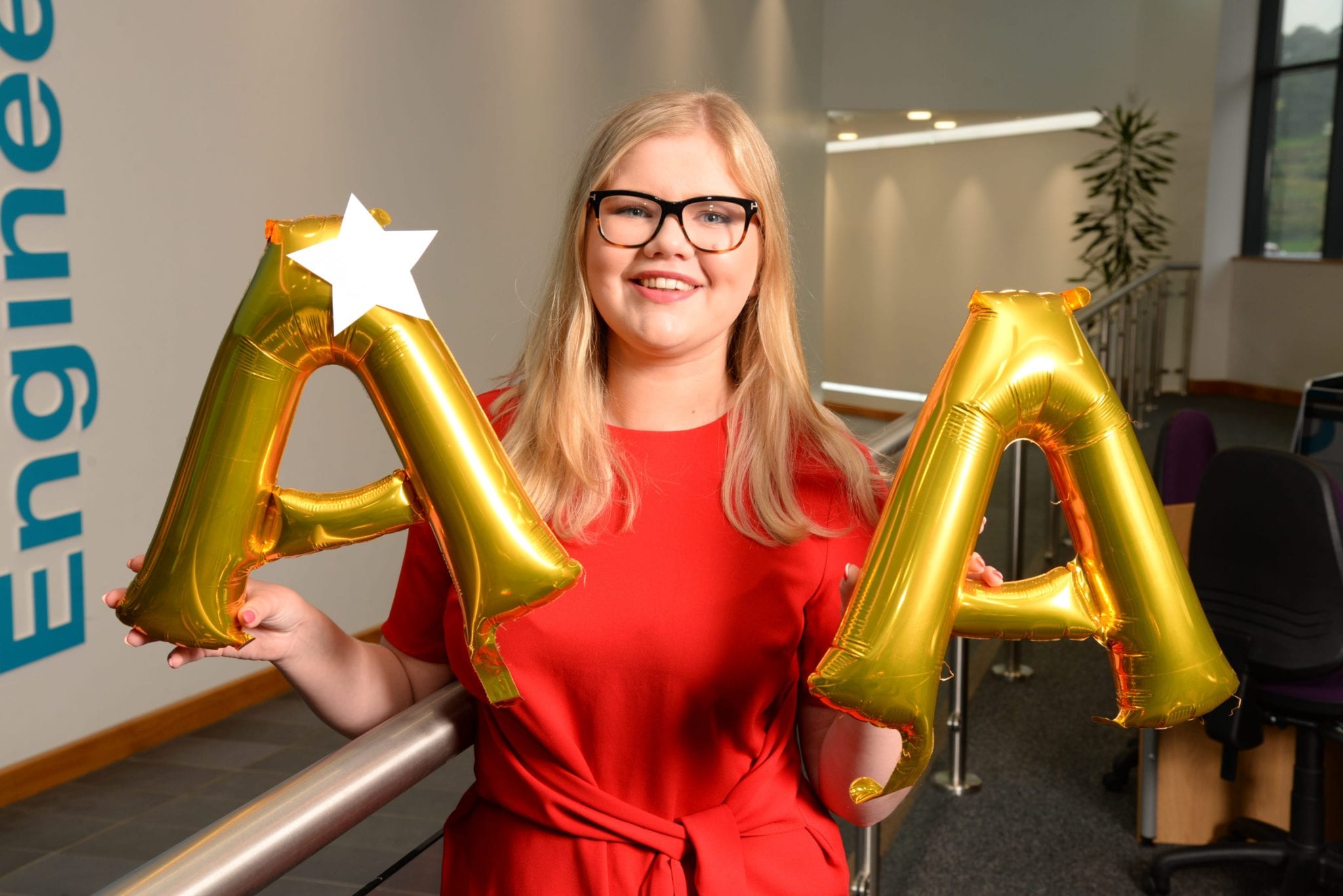 A Nelson and Colne College student who has battled an invisible illness is on her way to Durham University after achieving A*, A, B at A Level.

Sophie Ainsworth, 18, has endured hospital stays and periods of severe fatigue and pain during her two years at College which meant she had to develop her own independent study plan to stay on track with her studies and succeed in her exams.

Sophie, from West Bradford, lives with Lupus, a chronic and complex autoimmune condition which causes a variety of problems including joint pain, breathing difficulties and extreme fatigue.

In Sophie’s case since 2014, when she first began experiencing the symptoms of Lupus, her joint pain has been so severe she has been left struggling to walk, breathing was painful, she suffered dramatic weight loss and her hair began to fall out, resulting in several hospital stays where she underwent chemotherapy treatment twice.

But Sophie has excelled at A Level and has achieved A* in English Literature, A in Film Studies and B in History. She is heading to Durham University to study English Literature as she takes her next steps towards her career ambition of being a Film Director.

Sophie said: “I’m absolutely delighted with my results. I have an ambition to be a Film Director and my qualifications have given me a variety of skills in subjects which complement each other and my future career.

“I have really enjoyed my time at NCC and would recommend it to other students. My courses have been interesting and enjoyable with a high standard of teaching. I have been well supported at NCC.”

Sophie’s academic excellence is all the more remarkable, as alongside her studies she has founded and currently runs her own non-profit organisation called RAiISE, which aims to Raise Awareness of invisible Illnesses in Schools and Education.

Sophie has sourced all the funding for RAiISE so far and has led the organisation and delivery of workshops with children and young people all suffering with various illnesses, their families, charity representatives and healthcare professionals to find out what would be useful to make illness during education easier to deal with in the future.

She is currently leading a nationwide project to produce an information pack which will be distributed to schools around the country later this year, with the support of charity Lupus UK and Alder Hey Children’s Hospital in Liverpool. This will provide advice for teachers on how to support their young people with health conditions which can’t be seen. Sophie faced accusations of laziness when her Lupus has been at its worst and that has been her drive to change perceptions.

Sophie said: “The stories that have come out from meeting with these young people and their families only shows what a widespread problem this is and that something needs to be done to change things for the better.”

Sophie has also attended several health conferences in Europe and the US where she has met influential international medical professionals to raise awareness of invisible illnesses and lobby for change, including one in Italy where she represented Lupus UK. She has also become a Patient Research Ambassador with the National Institute for Health Research.

Her work with RAiISE has seen Sophie win the North West Coast Research and Innovation Award for Outstanding Contribution to Patient and Public Involvement in Research.

Sophie added: “I recently went to a conference in Florida with RAiISE and this was a great opportunity to engage with medical professionals from around the world to gain further exposure about the work we are doing.

“I will be going to Greece in September to another conference where I will be making a couple of presentations. I am incredibly excited about the progress RAiISE has made and its future.”

Nelson and Colne College is celebrating another stellar A Level Results Day, with an outstanding 99.7% pass rate.