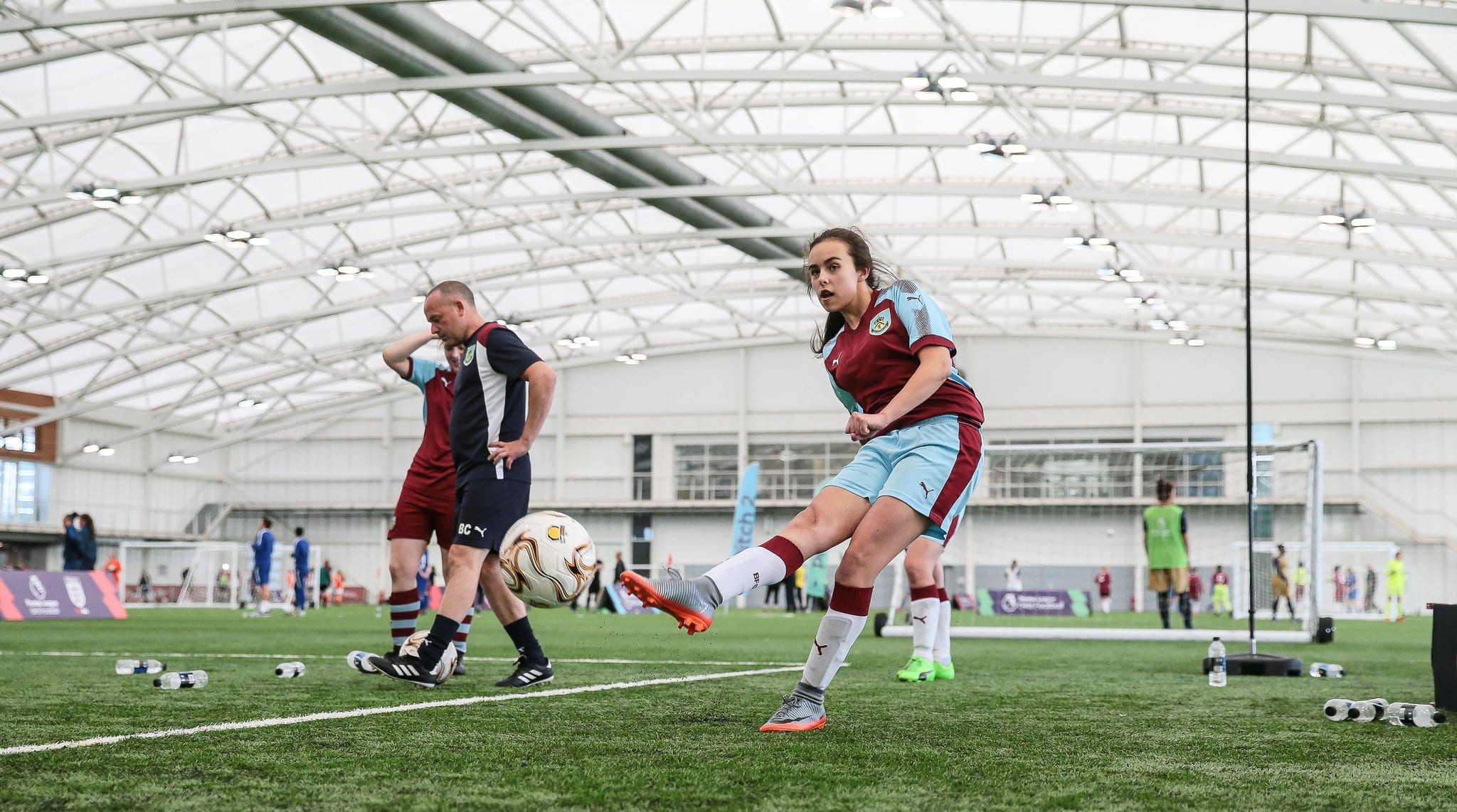 It’s been a successful first year for Burnley FC in the Community’s (BFCitC) Girls’ Post-16 Academy – a flagship football and education programme for 16-18-year-old females, delivered in partnership with Nelson and Colne College.

The programme offers the unique opportunity for female players to learn with full time BFCitC coaches to improve their game, while also helping them progress their academic learning  in the college’s educational environment.

This season’s Girls’ Academy team played in the ECFA North-West Region Cat 3 league and performed exceptionally well, losing just one game out of 10 and narrowly missing out on the title by finishing runners up to a strong Cardinal Newman College squad. The team did get their hands on a title however, as they were crowned champions of the Northern College Futsal tournament after just nine games!

Want to be part of the action?

Come along to the next free trial session!  This will take place on Thursday 5th July at Nelson and Colne College and you can sign-up here: www.burnleyfccommunity.org/education/girls-post-16-academy/burnley-fc-girls-post-16-academy-registration-form

The growth of the Academy has also opened up a new opportunity for a Female Football Apprentice with that Nelson and Colne College, as part of the national AoC programme. The role will support Female Football in the college and work alongside Head Coach Taylor Gregson. To apply for the role please visit careers.nelson.ac.uk/job/795