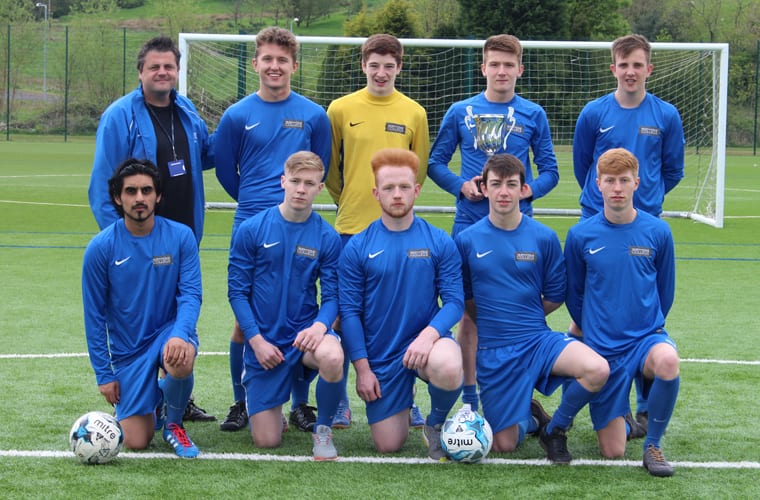 Footballing stars at Nelson and Colne College are proving they are in a league of their own after taking home the winning trophy at the end of a fantastic season.

This is the third time Team NCC has won the league in the last 10 years, the last success being in 2009.

The triumphant team were led by Michael Hodson, 18, from Nelson, who said: “It felt so good to win the league with all my best friends – most of us have been playing together for about four years now. I want to be a professional coach in the future, so being made captain of the team at the start of this year has been a good opportunity for me.”

Coach Daniel Clark added: “There has been fantastic cohesion in the team throughout the season, and all the players have shown great spirit and attitude.

“It truly is exceptional that they have won the league, and I am delighted that their hard work and dedication has paid off.”

The team also recently reached the fifth round of the AoC Men’s Premier Knockout Cup.

There is plenty of opportunity for students to become involved with Sport at NCC. The College offers Sports Academies in Football and Netball, all of which are run by highly qualified coaches, who have played their sport at the highest level. Academy athletes will also be supported by the provision of fitness, rehabilitation and sports therapy facilities and will also have opportunities to compete in their sport at local, regional and national level.