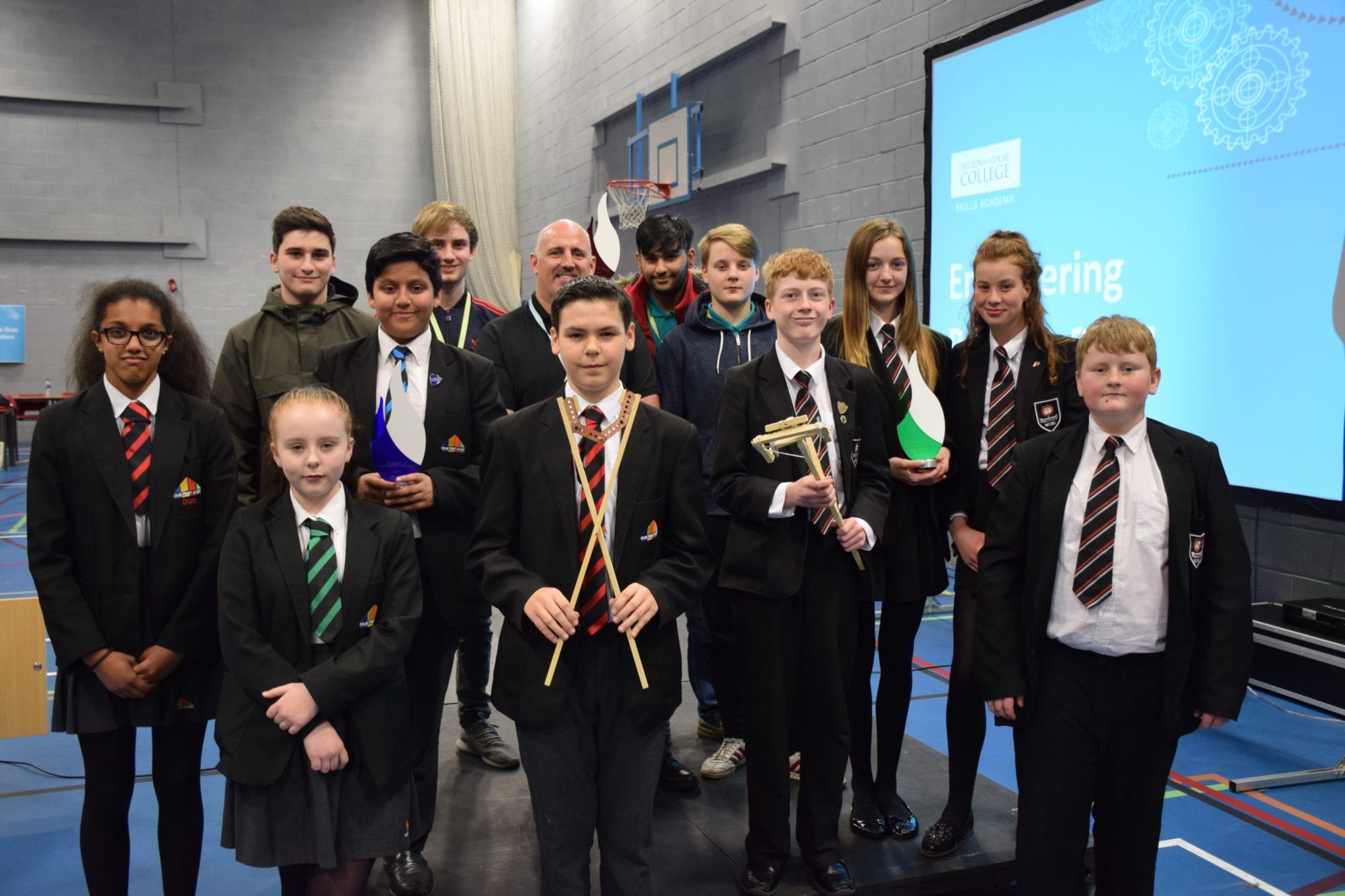 Teams of budding engineers from East Lancashire schools pitted their inventive brains and practical skills against each other at Nelson and Colne College’s Engineering Because challenge.

Once manufactured and trialled, the teams then put their prototype lifting devices to a final test – to remove cube, sphere and pyramid shaped objects from a box without standing within half a metre of the box.

Colne Primet Academy won the Year 8 prize and West Craven High School went home with the Year 9 award after impressing the judges with their products.

Madison Turner, 13, from West Craven High School’s victorious Year 9 team said: “It’s a really good feeling to win the competition! I thought the challenge was great as we really had to think about all areas of the project and I enjoyed working together as part of a team.”

Bradley Northrop, 12, from Colne Primet Academy’s winning Year 8 team said: “I thought Engineering Because was really good fun. It allowed us to be creative with our designs and I enjoyed the trial and error of seeing what worked well and what worked not so well.”

Nelson and Colne College Curriculum Leader for Engineering Mark Rosenthal said: “I was delighted to see so many students engaging in Engineering and I’m absolutely certain that we have seen some future engineers in this competition.

“Engineering Because was a test of so many different skills and the students demonstrated these admirably throughout the day.

“I was very impressed with the innovative designs of the lifting devices but also that they were extremely effective. Around 95% of the devices created managed to pick up all of the items in the box, in particular the pyramid object which was the most difficult to remove.

“I would like to thank all of the schools who supported Engineering Because and our judges Geoff Atkins and David Foulds who helped make it a successful event.”

In its latest set of results, NCC achieved a 99.7% pass rate at A Level and a 100% pass rate in vocational courses. In the summer, the college was named as the top college in the country for learner achievement at all ages and levels and second in the country for its 16-18 Apprenticeship success.