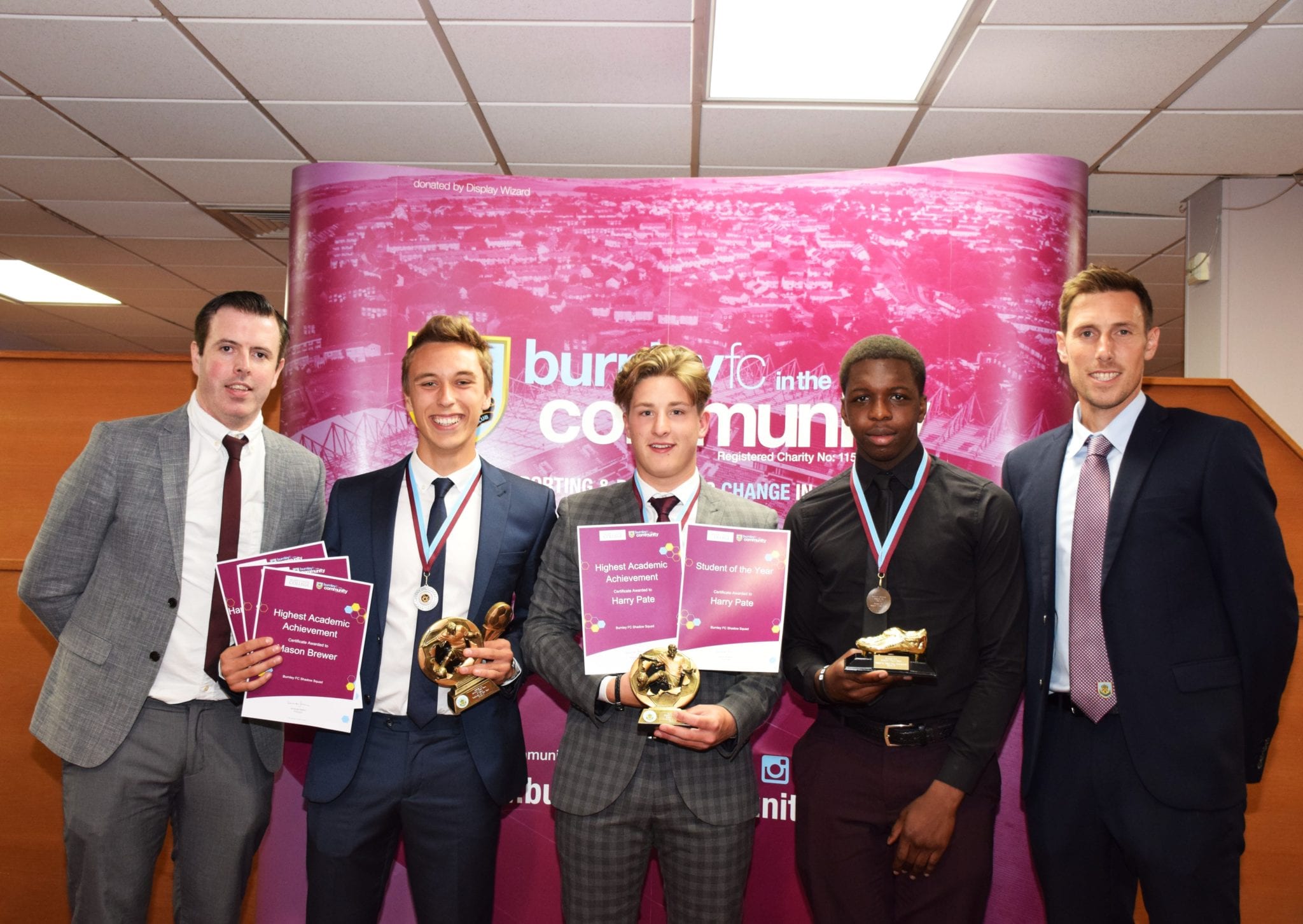 The star students of Nelson and Colne College’s unique partnership with Burnley FC in the Community have been honoured at an annual awards night.

Sixteen qualified fitness instructors and 27 newly qualified FA Level 1 coaches were also created through the Shadow Youth Team in 2016/17, with one student Harry Pate gaining a job as a Disability Development Coach at Burnley FC in the Community, and others progressing on to university or employment.

The reach of the programme has also extended, with students being welcomed from further afield including Greater Manchester, the Isle of Man, Leicester and Merseyside, and NCC’s partnership with BFC in the Community is extending further still in 2017/18, with the development of the Girls’ Academy, open to any female student on a course at the college.

Charlie Moss, Head of Division for Sport at Nelson and Colne College, said: “I’m very pleased to see the progress that the BFC Shadow Squad has made since its creation in 2015 and it was fantastic to be able to celebrate the achievements of the students who have all worked really hard in 2016/17.

“The quality of the programme is improving every year, and this is down to a combination of the standard of players increasing and the programme being strengthened on the teaching side too. I would like to take this opportunity to thank the coaching and teaching team who have worked tirelessly throughout the year with the students.

“I’m really looking forward to the 2017/18 academic year and I’m delighted by the number of female students signing up to the new Girls’ Academy. This is part of the college’s revamped extracurricular programme and it is a great opportunity to combine playing skills and academic practice. Here’s to another successful season!”

“This was the first group of players to graduate having spent two years on the programme, and there was plenty to celebrate! Numerous players have secured university places while others have progressed into semi-professional football and some into community coaching.

“Harry Pate is a great example of progression within the club, going from part-time community coach to full time employment and we also had five Shadow Youth Team players train or play with the BFC Academy Scholars last season. With the quality getting better and better each year, the chances of having players move into the professional game is becoming increasingly likely.”

The next Year 11 Open Events held at NCC will take place on Monday 9th October and on Monday 13th November, both between 5.30pm and 7.30pm. There will also be a dedicated Apprenticeship Open Event held at College on Monday 23rd October from 5.30pm until 7.30pm.